More than a hundred years ago, in 1913, the Rockefeller Foundation approved a new standard for the treatment of patients, where the emphasis was on the absolute dominance of allopathic medicine, i.e.

treatment using pharmaceutical drugs (1). Such medicine is not usually effective. For example, hypertension is successfully treated only in 5% of cases (MD, professor V.N.Sokrut).

More and more people in today’s world are looking for drug-free treatments for various diseases.

People are tired of being sick and paying for ineffective treatments. They have become more aware that many standard treatments will not only not help them but, in some cases, can be harmful and dangerous. Therefore, intuitively, and also guided by the instinct of self-preservation, they are looking for more effective, natural ways of healing.

Hippocrates gave medicine during treatment only as a last resort. Every doctor who takes the Hippocratic Oath knows that allopathic medicine can be harmful and dangerous.

These days a large number of natural types of treatments and therapies are known. Most of them are associated with physical exercises, breathing, relaxation, lifestyle changes and diets.

It’s worth mentioning that the Buteyko method is currently the only scientifically based medical method of treatment in the world that helps with the normalization of breathing. Therefore, it has developed great popularity.

But, thanks in part to social media and the publication of Guinness World Records, the Wif Hof method of breathing and cold exposure has been notably rising in popularity recently.

Wim Hof uses breathing practice for his healing system, which is contrary to the principles of the Buteyko breathing method. Therefore, a large number of people want to understand this contradiction.

What are the similarities and differences between the Buteyko and Wim Hof methods? What are the pros and cons of each? This will be discussed in our video (article). For a more detailed understanding of this issue, we must talk a little about how the human breath works.

Let’s talk briefly about the physiology of respiration.

Breathing is the process of gas exchange. Oxygen for carbon dioxide. The body must retain gas homeostasis. This is the basis of health. A constant level of 46 mmHg of carbon dioxide in the lungs should be maintained. The level of oxygen should be 40 mm RT.

Taken together this equates to a MV (minute volume) of 3 liters per minute at rest. Minute volume is the amount of gas inhaled or exhaled from a person’s lungs in one minute. If, with increased ventilation of the lungs, the carbon dioxide content becomes less than 46 mm Hg.

, then such ventilation is called — hyperventilation. That corresponds to an MV of over 3 liters at rest. 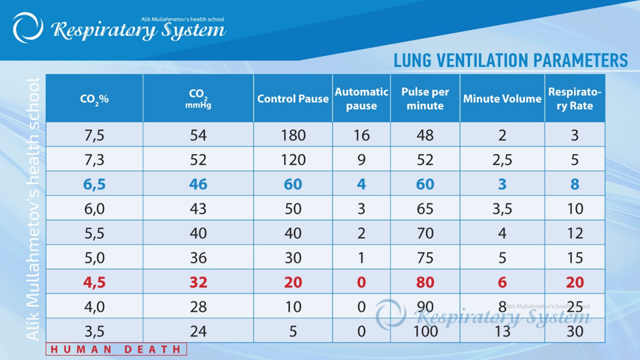 We see from the table that the more a person consumes air, the less СО2 he has and the worse his health becomes.

Therefore, K.P. Buteyko suggested the most direct way to normalize breathing is by using the «Volitional Elimination of Deep Breathing method». He theoretically substantiated his method and tested it on tens of thousands of patients in many hospitals of the USSR. Statistics on the effectiveness of his method has always exceeded the value of 90%. 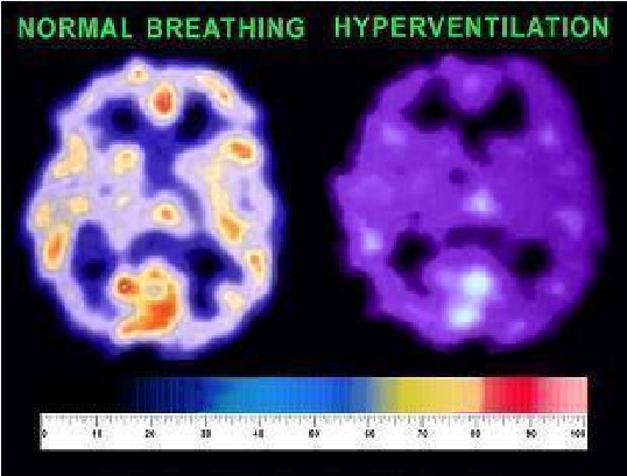 Buteyko taught many people to breathe naturally, which at rest makes breathing invisible. People often ask how to breathe. Here is the answer — imperceptibly.

During physical exertion or emotional experiences, gas exchange increases, as the cells consume more oxygen and emit СО2 . If a person breathes only through his nose, then he retains a constant gas level of 46 mm Hg in the lungs, since the nose does not allow you to take a quick and deep breath.

Buteyko unveiled some factors that disrupt the human breath and lead to hyperventilation. Living a sedentary lifestyle is one of the most common causes of deep breathing. Buteyko also talked about factors that normalize breathing and create relaxation such as through cold exposure.

For reference, in Russia and many other countries, cold exposure for many people is a natural event in their lives. On the feast of Epiphany on January 19, people dive en masse into an ice hole and this is a common thing.

A common occurrence in Russia is a going to a bathhouse, where for several consecutive hours, a person changes between high temperatures above 100 degrees, to low, between — 10-30 degrees. This temperature contrasting is also effective. Many people also just dive into an ice-hole in the -40 degree cold for fun: https://youtu.be/y-PqgiTJCVs

But without relaxation, it is very difficult to withstand the cold. Many Wim Hof students cannot immediately take cold temperatures, this takes time and a level by level «phasing» approach.

Tempering and relaxation according to Wim Hof leads to a decrease in lung ventilation. For example, before cold exposure, a person breathed 10 liters per minute and had dangerously low levels of СО2 in his lungs (26 mm Hg).

After relaxation and cold, the ventilation of the lungs decreases to 6 liters per minute and the person has an improved СО2 rate of 32 mmHg. (2).

Therefore, according to both theory and practice, we know that cold exposure is good for your health! You just need to ensure that there is a gradual, step by step exposure, so as not to cause harm.

A person creates high-level hyperventilation, where the level of СО2 is critically reduced. At this stage, his body, according to the Henderson – Hasselbalch equation, has acute alkalization. 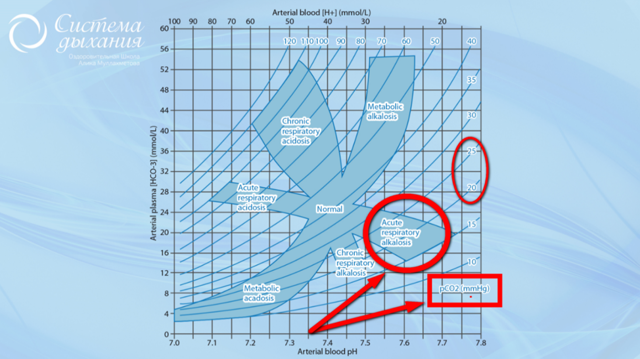 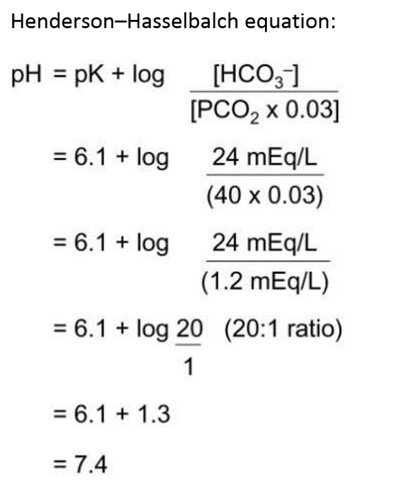 Wim Hof then holds his breath, raising his СО2 level to a critical level. During this process our body has acute acidification. 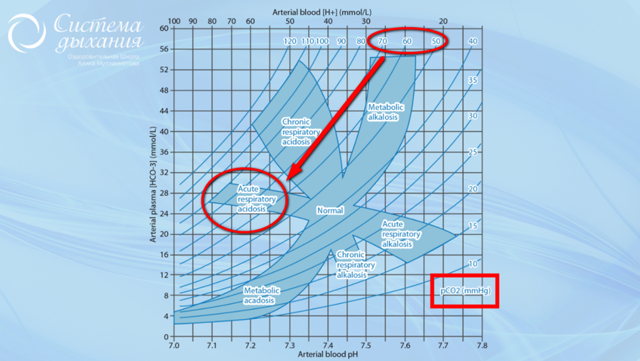 This contradicts the Buteyko method, where breathing should be without pauses and without hyperventilation.

Here we can note a DIFFERENCE between the Wim Hof and Buteyko method.

After such breathing according to Wim Hof (which leads to acute alkalization and acute acidification), the human body is ready for cold temperatures.

The pH stress experienced by the body with these swings in pH helps a person overcome stress and fear of cold temperatures.

Yes, it can lead to world records, but it greatly wears out the body and it quickly ages and dies. The average person does not need to accomplish such records.

You will find that if you take off your clothes in the cold and relax, then the cold does not cause problems. On the other hand, if the body is strained and tries to protect itself from cold by muscle tension, it will become even colder. 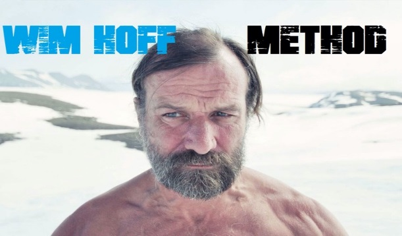 Pros of the Wim Hof method:

Cons of the Wim Hof method:

Pros of the Buteyko method:

Cons of the Buteyko method: 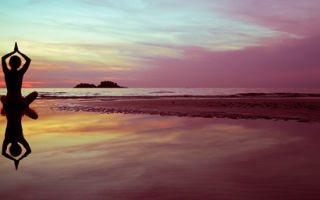 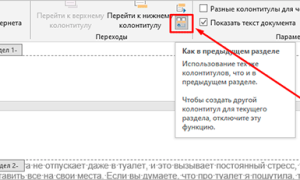 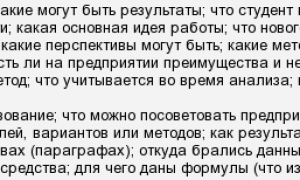 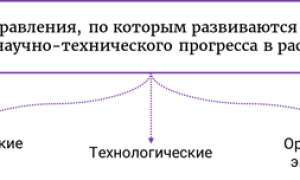